I turned in round one of my Elfkind edits to my publisher back on March 4th, then celebrated by sleeping A LOT over the next week.  After which I turned my attention back to its prequel, Chasing Brother Moon.

I’m enjoying this next book immensely, a fact which hopefully will be apparent to anyone reading it when it becomes available.  After all, if we writers are not amusing ourselves with our stories, who else can we expect to entertain with them?  Did we not begin this enterprise in pursuit of our love of good books?

Speaking to a Large Crowd

Which puts me in mind of the authors populating my over-stuffed shelves.  My to-read stack is embarrassingly tall, with yet more stories to add to my growing list of those I’ve come to love over the years, and yet more authors to trigger my embarrassing fan-girl moments.

Terry Brooks is certainly one such author.  I started reading his books when I was a teenager, and I’m still reading them.  The second Dark Legacy of Shannara book, Bloodfire Quest, is now out, and thanks to the Huntington Beach Barnes and Noble, I’ve got my signed first edition.  He gave as a peek at book three, Witch Wraith, which is coming out next July, with a reading from an epic battle scene complete with Elven armies, Druids and Dragons in true Terry Brooks style.

His Q&A was like an Oprah episode with him wandering the audience… Until his mic decided to stop cooperating.  But before that happened we got to hear about future endeavors for his Knight of the Word series (yay!), and possible Shannara and Landover movie makings?

I will point you to Terry’s website for more on that news since I can’t improve upon Shawn Speakman’s writeup.  He’s a great writer in his own right, and Terry urged us all to support Shawn’s novel as well… The Dark Thorn. 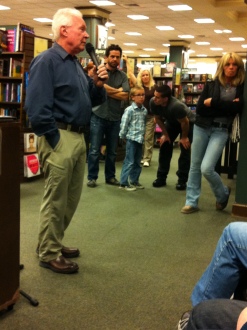 Thank you again, Terry, for being such an amazing creator for your readership, and and amazing mentor for aspiring authors like myself.  We appreciate everything! 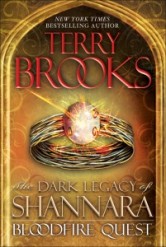 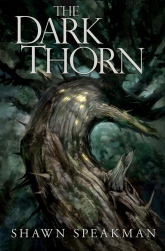